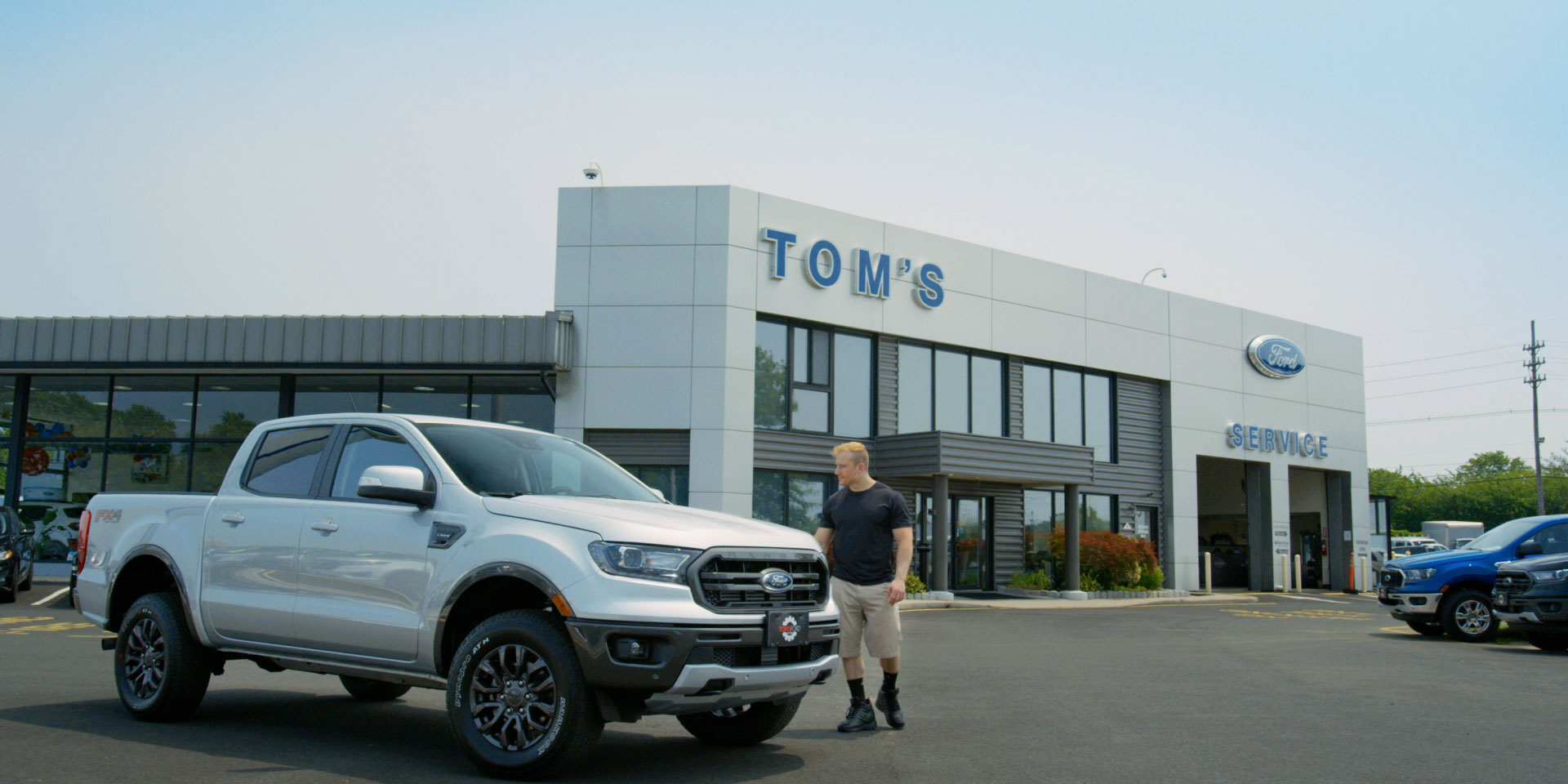 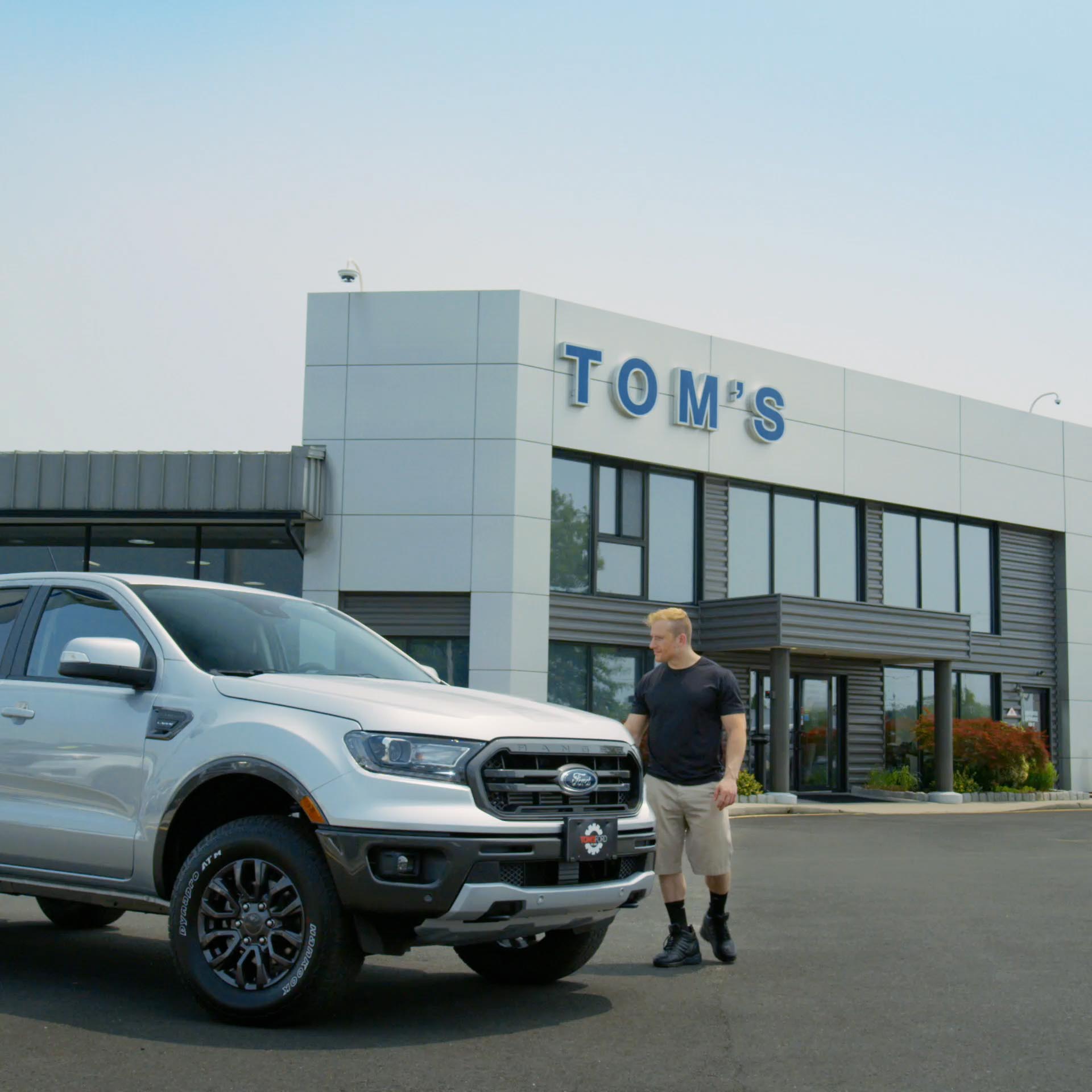 We helped Tom's Ford usher in a new era of advertising through original storytelling.

Automotive dealerships may not have the best reputations, but that's where Tom's Ford is different. They pride themselves in being outliers and have a dedicated team of professionals who'll go above and beyond for anyone who steps through their doors. It's that dedication that has made them one of the top Ford dealers in the USA.
‍
After several years of zero commercial advertising the Tom's Ford team was ready to get back in the spotlight, but they weren't fans of the stereotypical dealer commercial and uncertain of their options otherwise. Keeping your brand top of mind is vital, especially in the automotive industry where other dealerships flood your TV screens for attention.

We had an idea on how to bring a fresh approach to their advertising, something that would avoid the dealership cliche and stay true to their company culture — a commercial they would be proud of.

Teaming up with our friends at Refresh Advertising we created a concept based on Tom's Ford going the extra mile for their customers. Featuring the all new Ford Ranger, the video takes us on an adventure covering multiple locations, dirt roads and mountain biking with friends.
‍
With distribution for social media channels and local cable television in mind, a 30 second commercial, video teasers and additional photography assets were created for the team at Tom's Ford.
‍
One month after release, Tom's Ford recorded their best month of the year in overall vehicle sales — not to mention all the Rangers that flew off the lot. 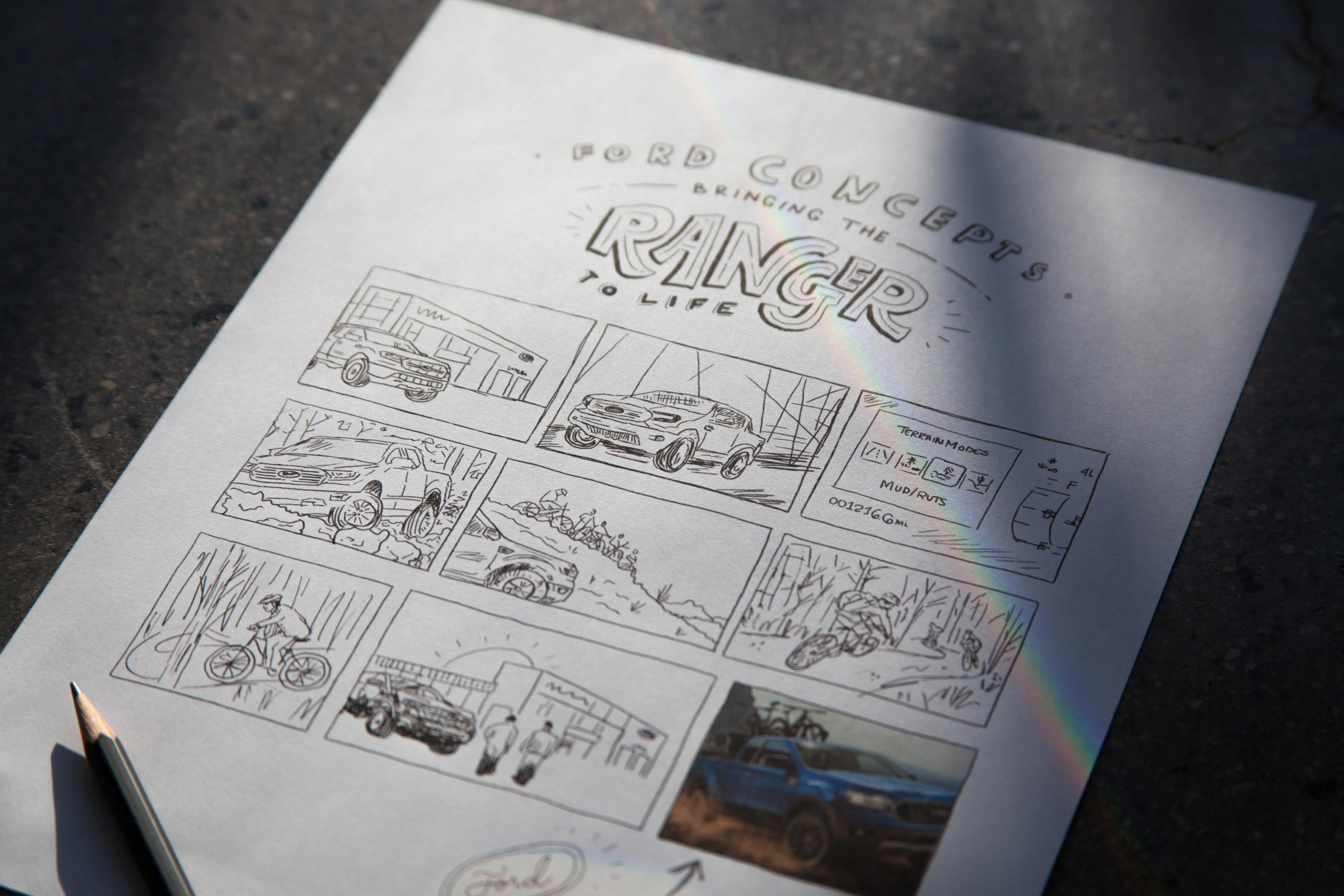 "Working with the Silver Style team is always a pleasure. From finding creative ways to capture the attention of our audience to delivering a quality product, we'd recommend Silver Style to anyone looking to make an impact on their business."
RYAN LYTTLE, TOM'S FORD 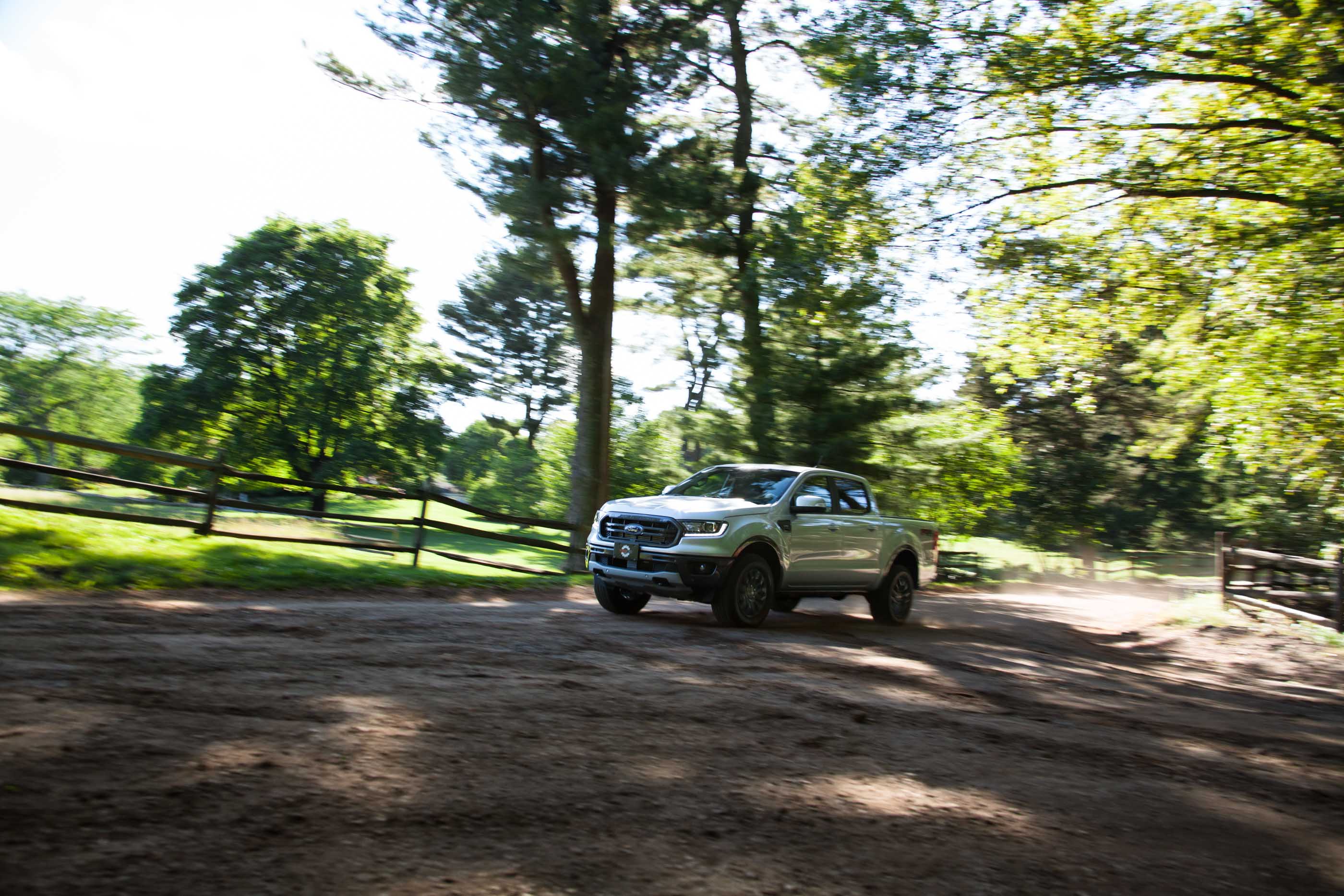